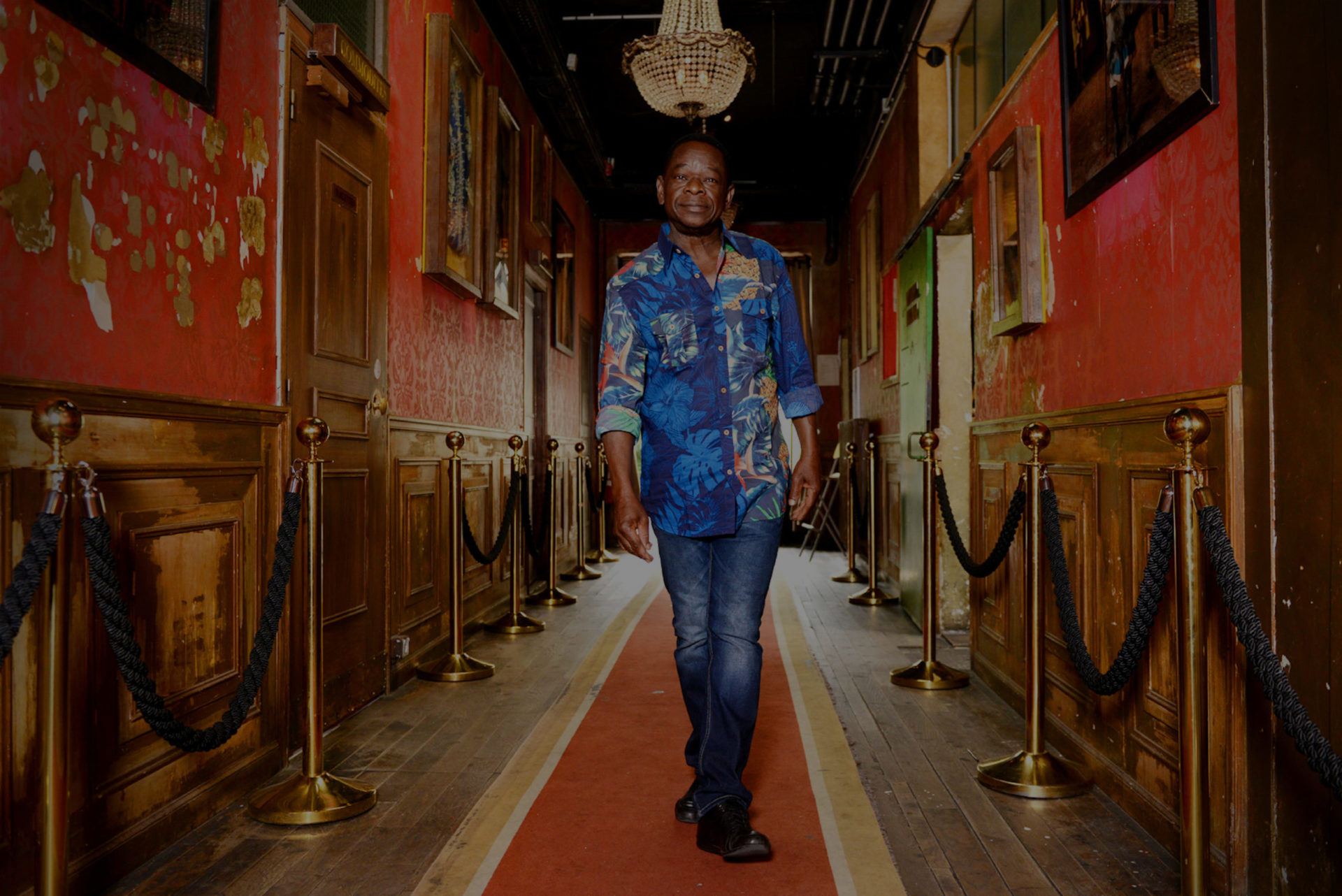 Throughout his rich career, having sung alongside Tabu Ley Rochereau, Franco and Wendo Kolosoy, he has been able to mix styles with undisguised joy and emotion. From the lyricism of the Portuguese-speaking world to the swaying and nonchalant rhythms of the rumba of yesteryear and the Afro-Cuban style, Mangwana continues to keep up with the times while keeping an eye on the wonders of the past.

Lubamba, his latest album, to be released for the first time on CD, is the ultimate proof that emotion and commitment have no age limit. Indeed on the first track “Juventude Actual” Sam is accompanied by another legend of African music, Manu Dibango. A lovely video of the two artists recording the song, shot by Wasis Diop, will be released on December 16th.

A herald of pan-Africanism, a contemporary witness of the great era of independence, Sam Mangwana still loves getting all generations to dance and dance they will to the sound of these 8 songs, whether they are sung in Portuguese, French, Kikongo or Lingala.